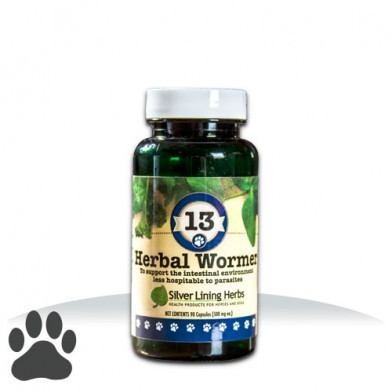 Worm dogs are more of a problem than most pet owners realize, not just because of worms in the pet's system, but also due to the products to get rid of them.

Depending on what kind of worms your pet may have, the conventional vet will prescribe a drug called Pyrantel to rid your pet of round worm, hook worms, and/or tapeworms.

The drug contains chemicals which will cause your pet's immune system to function badly over time.

By constant use of chemicals and the ow levels pesticides in Preventives that vets recommend,  it will leave your pet very susceptible to disease later on.

Worms are extremely well adapted and pharmaceuticals companies will be forced to use stronger chemicals in the future. 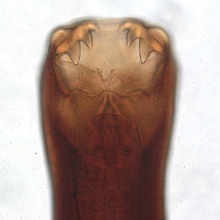 Worm dogs are not treated properly by veterinarians who use conventional worm medication.

Cells will not function correctly because parasites are stealing nutrients from your pet and this causes a malfunction in your pet's organs if they get well rooted.

The use of chemicals like Pyrantel and ivermectin to kill worms only makes the immune system weaker in the long run.   A wonderful vet, named Martin Gold stein, wrote a excellent book called

The Nature of Animal Healing, which states that low levels of pesticides in Heart worm medication recommended by vets in time only adds to health problems long term.

According to Dr. Gold stein, toxins will in time, end your pet's life prematurely, if left untreated. 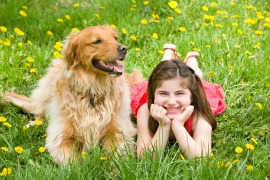 Dogs with worms are vulnerable to pesticides in many different areas they may visit. Dogs have a tendency to wander off to other people's lawns, using their nose to poke around and explore the area.

The mucous membrane is very easy place for pesticides to enter their system without you knowing about it. When dogs go these strange places to play and look around, they are vulnerable to pesticides.

Today, dogs already have low-levels of pesticides from medications and lawn pesticides. Parasite medication is a multi-billion dollar industry in U.S. alone. The last thing they would mention to you is that your pet's health will deteriorate because of their toxins in their environment.

The best thing you can do for your dog with worms is to keep his/her parasite level down by giving him/her a nutritional dog food and supplements.

An animal with a healthy immune system presents an uncomfortable environment for worms to exist in. Allergies and skin problems are caused by parasites being in your pet's system .

Holistic vets frown on conventional methods to kill parasites because they know other toxins that pets have to deal with will also be a factor along with parasite medications interfering in your pet's immune system .

People Getting Worms From Pets! 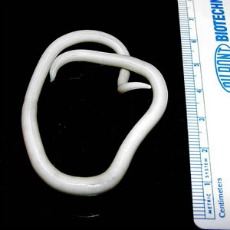 Worm dogs are a bigger headache than most pet owners realize. Did you know that you can get intestinal parasites from your pet's feces?  Yes, people can get hookworms and roundworms through direct contact with infected feces, as when a pet has worms, they can pass eggs or larvae in their feces.

Hook worms larvae penetrate the skin and children are even more vulnerable than adults because they play with pet's on the ground, which is contaminated .

Hook worm are the vampires of the worm world, so don't want them inside your child, because then you really will
really have a sick child on your hands.

There are safe choices to rid your pet's system of Round worms, Hook worms and Tape worms without the side effects that are associated with chemicals in most worm medications. If your pet gets Heart worms then your vet will recommend preventives, that contain low levels of pesticides in them.

For centuries, herbs have been used to rid those hideous creatures from your pet's system.

Remember that this is two step process to rid of worms.

First is to kill the worms, then get rid of them in bowel movement!

Another great idea is to put sliced cloves in your pet's food.

A diet of healthy fiber-rice grains will help to normalize their bowel movements.

In order to best help you ease the problem of worms in your pet, I recommend using a natural approach.

Or, click here to browse all your options in parasite category.